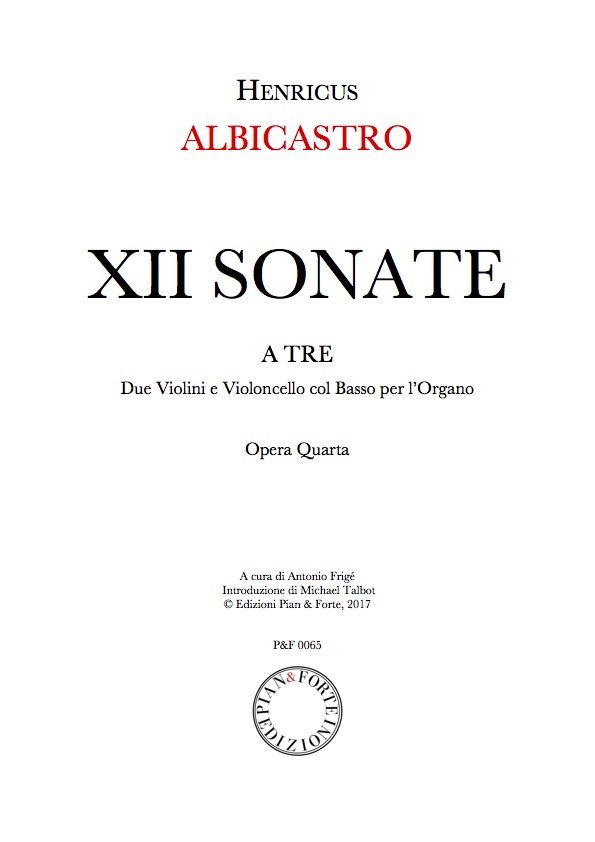 The XII Sonate a tre, due violini e violoncello col basso per l’organo, Op. 4, came out from Roger in 1702 and were published at his own expense. In fact, six of these works (Sonatas I– IV and IX–X) may be among the earliest to survive from Albicastro’s pen, since they had been published in Bruges by François Barbry already in 1696 under the title of Il giardino armonico sacro- profano di dodici sonate ... Op. 3 (part 1). (The second part of this collection, no longer extant, could well have comprised the six remaining sonatas published by Roger in 1702.) This evidently early date of composition can perhaps explain not only the (for Albicastro) rather conservative style of
these sonatas but also their occasional ‘rough edges’. A clear model for their musical language can be found in the church sonatas of Arcangelo Corelli (Op. 1, 1681, and Op. 3, 1689): all the types of movement represented in Albicastro’s collection have prototypes in the two named sets by his predecessor.