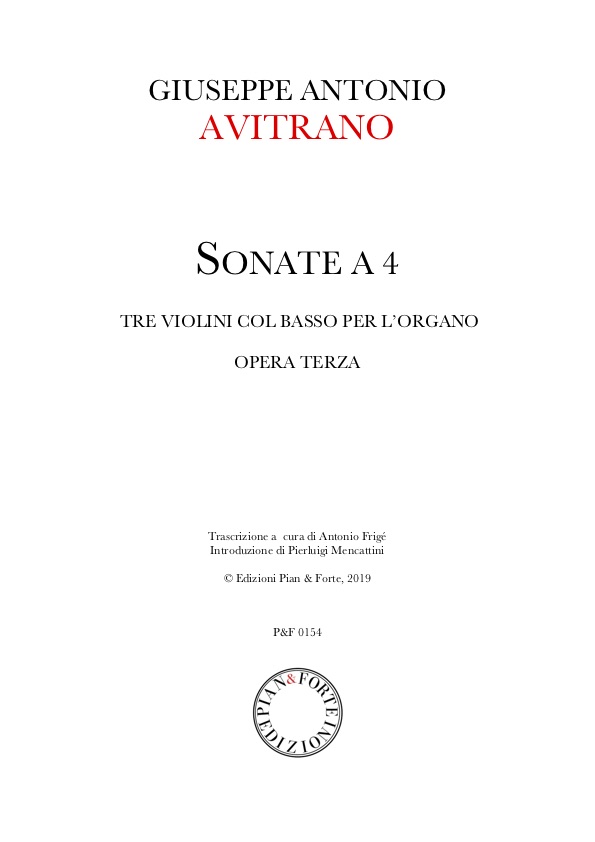 Giuseppe Antonio Avitrano (Naples, c.1670 — March 19,1756) was born into a family of musicians and began his musical studies at an early age. Before long, when he was into his twenties, he became a member of the court orchestra in Naples where he remained until his death.
His earliest works, interesting from a contrapuntal point of view, are found in two volumes of ten Sonate da chiesa a tre (op.1 published in 1697, op. 2 in 1703) and were dedicated to Marzio Carafa Duca di Maddaloni.
With the publication in 1713 of his op.3 Sonate a quattro, Avitrano enjoyed great success and recognition.